Jamie Mackay is a writer and translator based in Florence. His work has appeared in the Guardian, the TLS, Frieze and elsewhere.

The Invention of Sicily: A Mediterranean History is his first book.

At the Guardian he tagged ten books "that show the island’s miscellaneous character, leaving the mafia in the margins where it belongs." One title on the list:

Terroni: All That Has Been Done to Ensure That the Italians of the South Became ‘Southerners’ by Pino Aprile

Terroni is a term, analogous to “redneck” in the US, that north Italians invented in the postwar years to distance themselves from 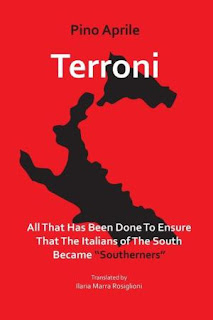 their poorer, southern compatriots. Living in Tuscany, I’m frequently shocked by how casually people here use the slur. Here, Aprile traces anti-southern discrimination further back, to 1861 and the founding of the Italian nation-state. Italy, he argues, is not actually a unified country but a colonial project that the Savoy monarchy in Turin devised to pay off their war debts from fighting Austria. Polemics aside, this is a marvellous piece of research and a valuable catalogue of uncomfortable truths about the origins of southern Italy’s economic woes.