Samantha Downing is the author of the bestselling My Lovely Wife, nominated for Edgar, ITW, Macavity, and CWA awards. Amazon Studios and 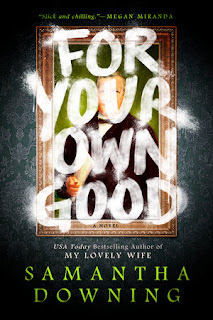 Nicole Kidman's Blossom Films have partnered to produce a feature film based on the novel.

Her second book, He Started It, was released in 2020 and became an instant international bestseller. Her third thriller, For Your Own Good, is now out in the US.

She currently lives and works in New Orleans.

At CrimeReads Downing tagged ten "books that influenced my style, plot, and the dark humor I love so much." One title on the list:

The Partner by John Grisham 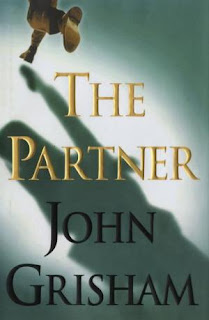 I’ve read a number of Grisham books, but this is the one I’ve reread countless times. Patrick is a lawyer who has stolen a lot of money from a client and now lives in hiding in South America. At the beginning of the book, he’s found. The cat-and-mouse game that follows is fast-paced, packed with surprises, and it kept me up late more than once. And the ending…the ending. Obviously I won’t spoil it here, but one of the best endings I’ve ever read. Even today, I still think about this ending when I write my own.