Seven of the most absurd(ly entertaining) serial killers in fiction

Grady Hendrix is an award-winning novelist and screenwriter living in New York City. He is the author of Horrorstör, My Best Friend’s Exorcism (which is being adapted 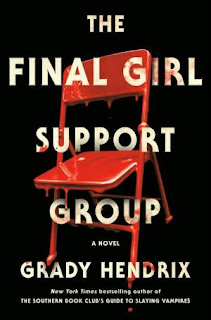 into a feature film by Amazon Studios), We Sold Our Souls, and the New York Times bestseller The Southern Book Club’s Guide to Slaying Vampires (currently being adapted into a TV series). Hendrix also authored the Bram Stoker Award-winning nonfiction book, Paperbacks from Hell, a history of the horror paperback boom of the '70s and '80s.

His new novel is The Final Girl Support Group.

At CrimeReads Hendrix tagged some of the most absurd(ly entertaining) and memorable fictional serial killers he encountered when writing the new novel. One entry on the list:

Robert Walker’s series of novels featuring Chicago medical examiner Dr. Dean Grant are like Patricia Cornwall’s Kay Scarpetta books except much, much weirder because you get the feeling Walker is just making up the details of forensic science as he goes along. Seconal, the barbituate, glows when it detects 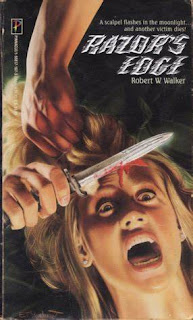 moisture, infrared light, used to show heat, reveals footprints, there’s something called a scintillation counter, and Bourbon is described as “a chemical.” Even weirder are the killers he confronts. My favorite are Van and Dean Hamel, of Orlando, Florida, also known as The Scalper Brothers. Van is a dwarf with long hair growing from every part of his body, including his earlobes. The only place he doesn’t have hair is on top of his head, and this is a big problem because Satan loves hair and he’ll never make Van a wizard until every inch of his body is hairy. Van forces his handsome brother, Dean, a police psychiatrist, to scalp victims for him so he can fashion human hair toupees, hoping that will fool Satan. When Dead resists, Van beats him with a bullwhip woven from human hair.