Eight books about childhood friendships throughout the years

Zak Salih earned his BA in English and Journalism from James Madison University, and his MA in English from the University of Virginia. His fiction and nonfiction have appeared in Foglifter, Epiphany, Crazyhorse, The Florida Review, The Chattahoochee Review, The Millions, Apogee Journal, Kenyon Review Online, the Los Angeles Review of Books, and other publications.

Let's Get Back to the Party is his debut novel. He lives in Washington, D.C.

At Electric Lit Salih tagged eight books about childhood pals—and the adults they become, including:

The Nickel Boys by Colson Whitehead 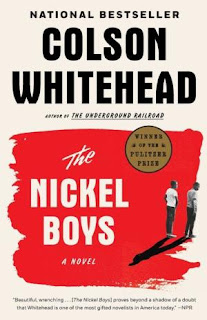 Friendship in a dangerous world is also the subject of Colson Whitehead’s most recent novel, set at a reform school where abuse (physical and psychological) runs rampant. Elwood Curtis and Jack Turner have competing ideas of what it takes to survive in a world set against you. The novel’s surprising and emotionally satisfying ending, set decades later, proves just how much our childhood friends can shape us.